From Cowes Roads the yachtsman sees the Squadron Castle as battlements, a round tower, and a flagstaff. Behind the embodied history of the sport of yachting is another history too, for Henry VIII had the castle built in 1539 as a deterrent to the French.

Its former guns are only once known to have been fired in anger, in 1642 during the Civil War. Now its William IV cannon, which once belonged to the Royal Adelaide, fire at five minute intervals to start 4,000 yachtsmen in their races.

From here much more began than racing under sail. It was once believed that the name Cowes came from the two forts or ‘cow castles’ that Henry VIII built at the entrance of the Medina River. John Leland wrote in 1545:

"The two Great Cows that in loud thunder roar, This on the eastern that on the western shore.”

The platform, the roofs of the tower and wings were pierced for cannon. There were also bows and chests for arrows in the inventory. Sir William D’Avenant, the Poet Laureate who gossip held was the offspring of Shakespeare, was captured in the Channel in 1650, en route for Virginia. He was locked up in the Castle. Buck shows the Castle before the major alterations in 1716, when much of the round tower was demolished. A new wall was built roughly across the centre of the old tower, with a more domestic face to the seaward, decorated with windows.

Further alterations were achieved in the 18th century. The principal remodeling took place after the lease was transferred to the Squadron in 1855. Anthony Salvin, who had worked at Alnwick and Scotney Castles, was given the job of improving the building “replete with every comfort and luxury”. 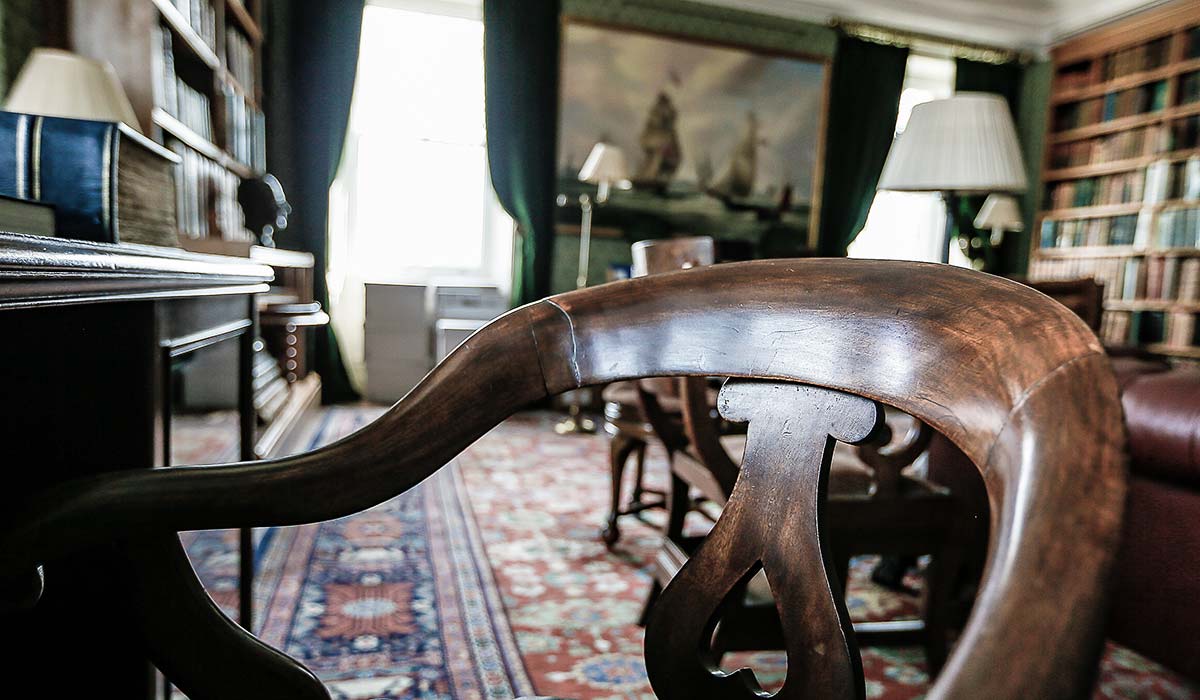 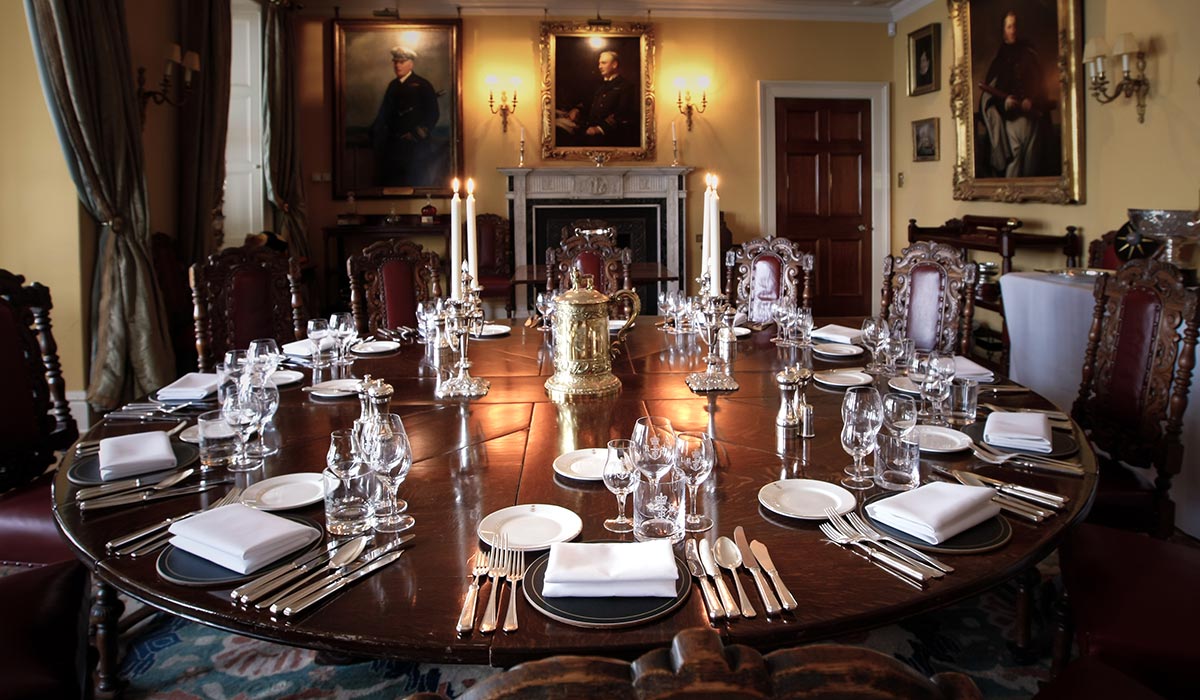 Salvin made extensive alterations and additions, adding the Platform, a Ballroom for summer use and the Western Tower. The Isle of Wight Observer was critical and thought a local architect would have produced a prettier design. The reporter wrote, after the RYS burgee had been hoisted on the 6th July, 1858:

"Some have compared the front to a monastery and the rear of the building to a nobleman’s mews, while others have declared it, from its irregular appearance, to resemble a discipline establishment".

The Observer goes on: “One might think it had sprung up out of the fumes of the cook‘s stockpot – a perfect olla podrida – a mixture of everything.”

The Squadron bought the Castle and grounds from the Crown in 1917.

There were further developments in the 1920’s, but the main alterations were achieved in 1964, when Prince Philip was Commodore. The Club was able to acquire stone for this work from the demolition of the second East Cowes Castle built by John Nash. The old pine panelled gentlemen’s heads became the Ladies Dining Room and the Balcony was added in “Festival of Britain” style. The corrugated iron platform roof needed constant repair and was replaced in GRP by Ove Arup. The Platform was linked to the Ladies Drawing Room by the Bird Cage in 1988. The Castle has survived because the building has adjusted gracefully to new uses.

The most recent addition, in 2000, is the award-winning Pavilion on the Squadron lawn, designed by Sir Thomas Croft to resemble an orangery. The Eastern Cow did not survive, the Castle being demolished soon after it was built. All that remains of Henry VIII’s fort on the eastern side of the Medina is the name and the racing mark off Old Castle Point. 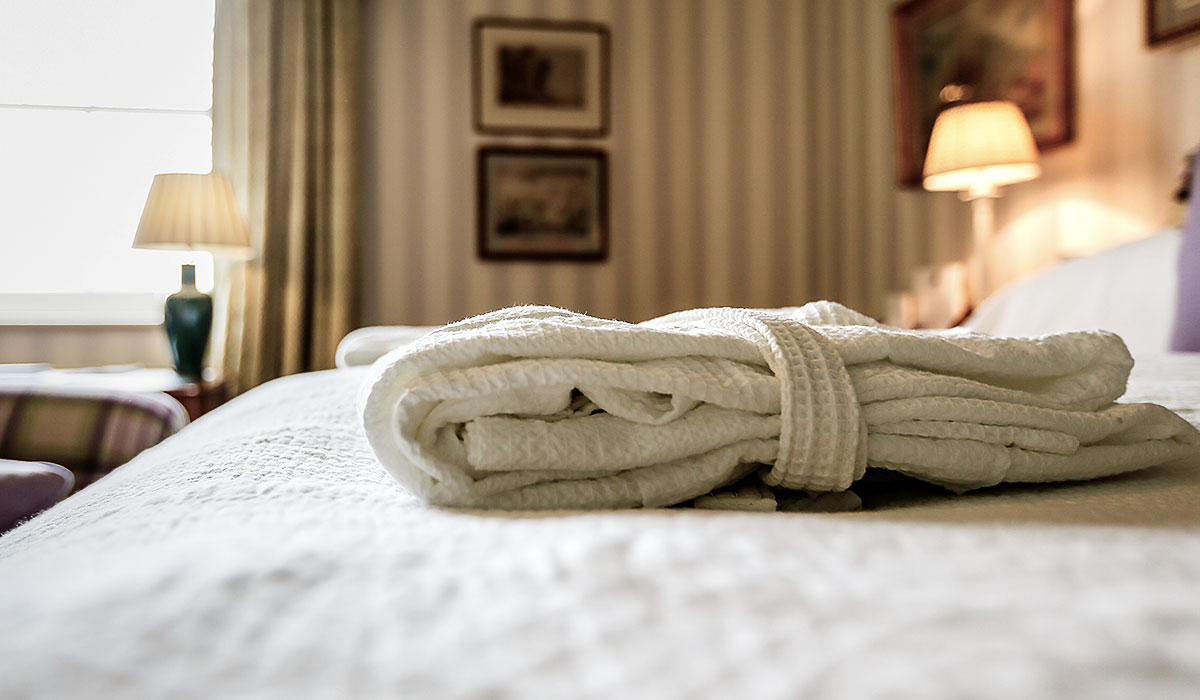 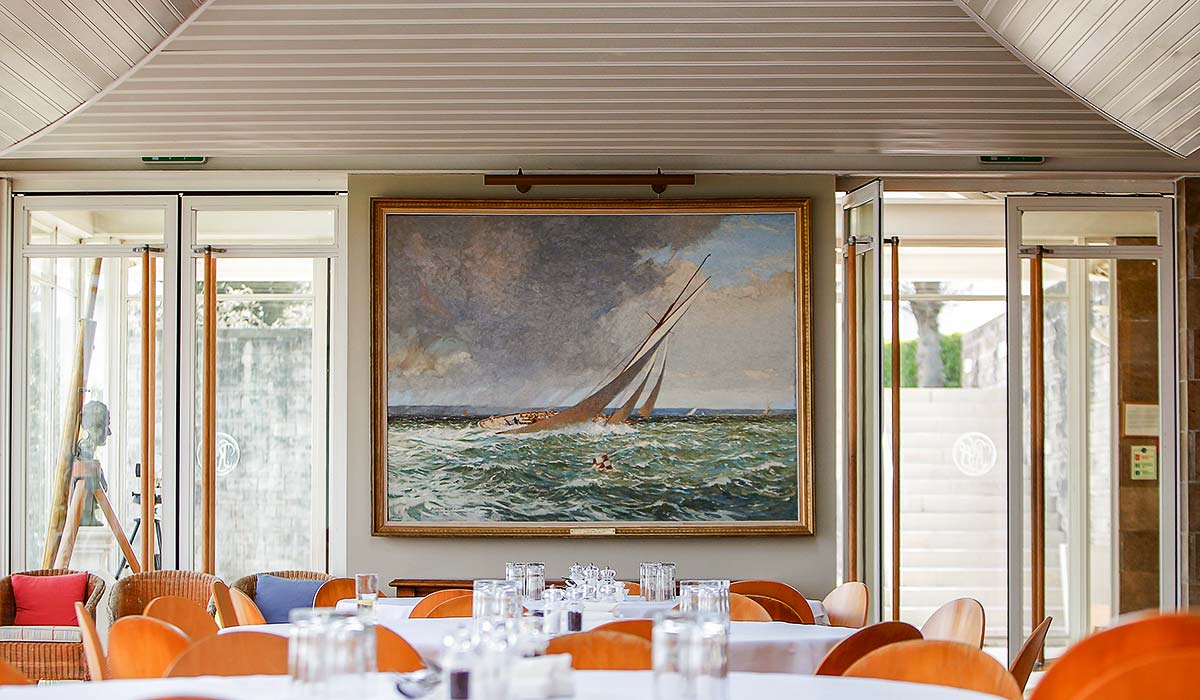