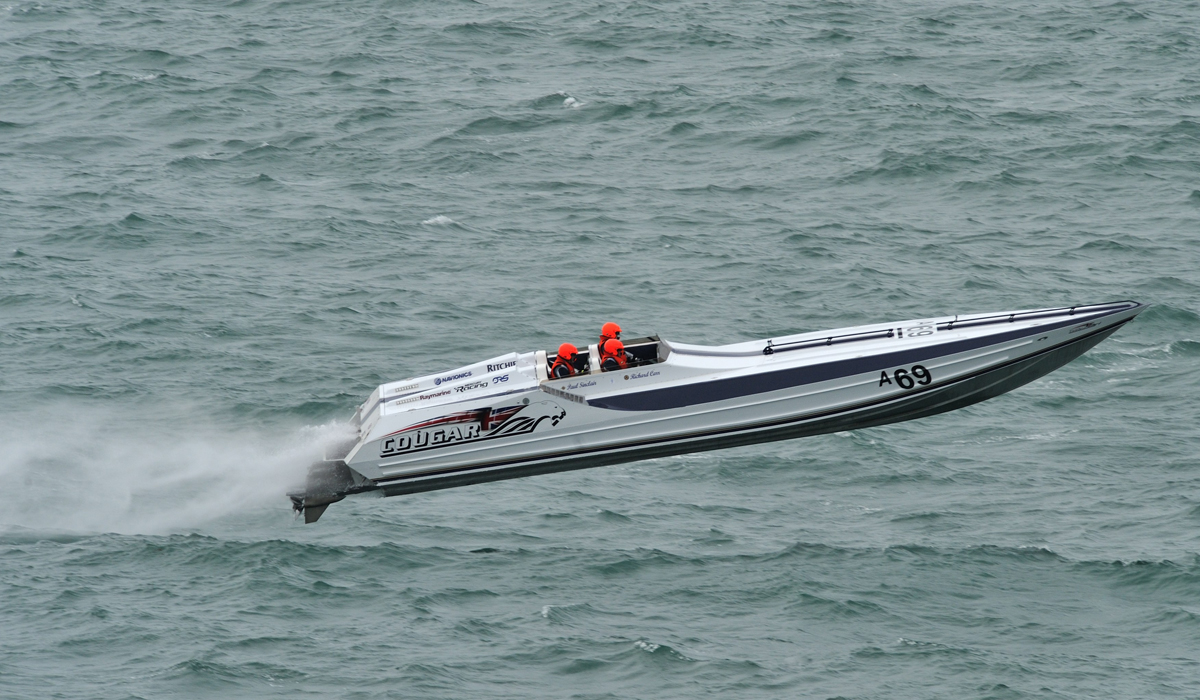 The Cowes-Torquay was launched by Sir Max Aitken, 2nd Baronet as the first offshore powerboat racing sport in Britain in 1961. Initially sponsored by the Daily Express newspaper, its success encouraged several countries in Europe and the Middle East to follow suit.

Hence it can rightly claim to have introduced offshore powerboat racing to the rest of the world outside the United States where the modern sport was launched with the first Miami-Nassau Race in 1956.

When the Union Internationale Motonautique, the world governing authority for powerboat racing, introduced the World Offshore Championship in 1967 as a memorial to Sam Griffith, the American founder of modern offshore racing, the course was found to be too short at 125 miles (201 km) to qualify as a championship heat.

The race format was therefore changed and instead of finishing at Torquay, the fleet returned no-stop back to Cowes, however in 2013 the fleet stopped at Torquay for some 3 hours before having a mass start returning back to Cowes.

Late in 2017 the BPRC announced that they were withdrawing their affiliation from the Royal Yachting Association (RYA), the Governing Body for British Powerboat Racing and Directors would like to take this opportunity to thank its Members for their overwhelming support and very much look forward to developing a brighter future for offshore powerboat racing in 2018 and beyond!

The race is currently organised by race director Martin Levi of the British Powerboat Racing Club and will be run on Sunday 25th August 2019. Visit the event website for more details.